From 4th to 10th August, shipments will not be made due to holidays. Orders placed at this time will be processed after August 10th.
Category: » Swords, daggers, axes » Other 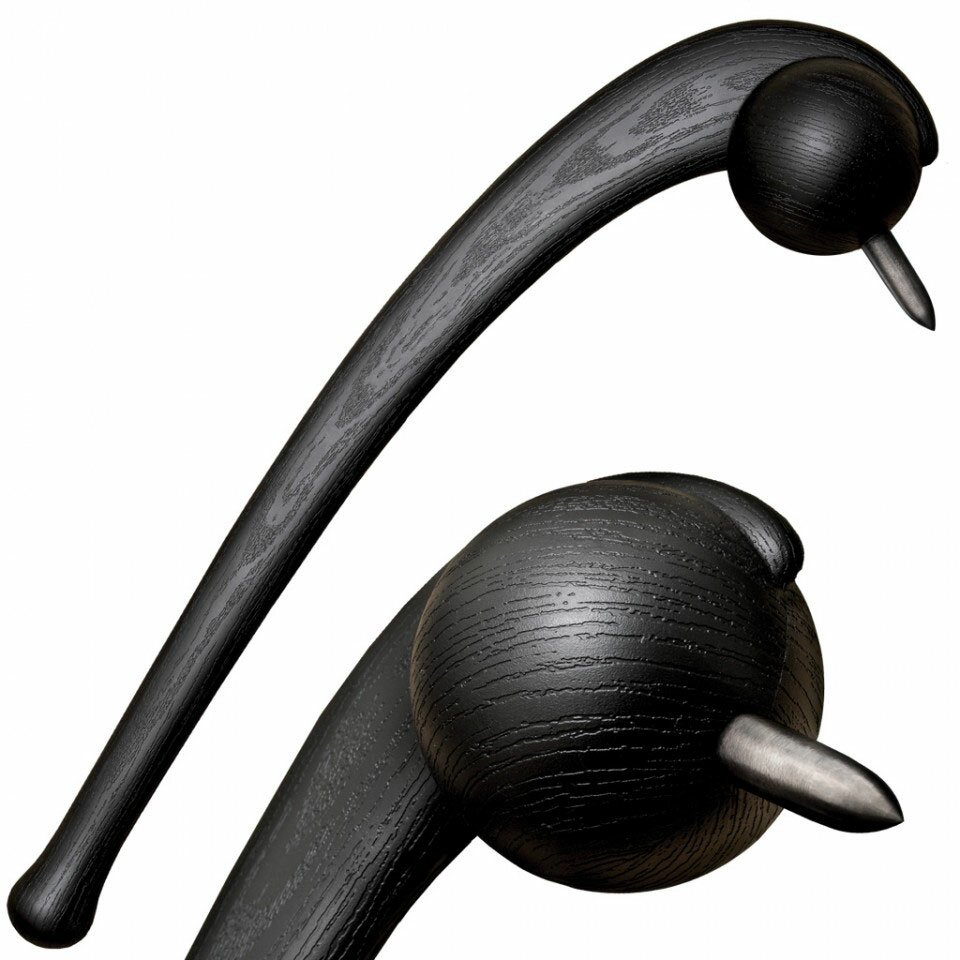 Indian War Club is approximately 2 ft. long and features a 3 1/4'' in diameter ball. It is fitted with a removable blunt, short steel spike. Hornbeam is scarce and not readily available in commercial quantities, so our club is injection molded out of black Polypropylene which is practically unbreakable. It will never rot, crack warp, splinter, swell, shrink mildew, or fade. For historical re-enactors the surface has a realistic wood grain finish that can be easily customized with paint and can be ornamented with brass studs, tacks, or feathers.

No one knows when the ball headed war club first appeared. It was in common use in the early 16th century and was popular with the war-like tribes of the American eastern seaboard, eventually spreading to the Great Lakes region and northern Canada all the way to the Great Plains west of the Mississippi.

It has been speculated that the wide adoption of this weapon was because it was relatively easy to manufacture, in that it required little or no metal, and because it was unspeakably effective. The better clubs were carved from a naturally curved hardwood root burl, sapling or tree branch. This insured that the wood grain would curve in parallel lines though the handle and into the ball itself, avoiding the pitfalls of cross grain which could weaken the club and cause it to break at an ill-timed moment. Hornbeam (Iron Wood), a hard dense timber that was strong and was resistant to impact forces, was the most preferred material, even over such stalwart choices as Ash, Maple, Oak and Hickory.

In battle, a dedicated blow from the ball of the club could easily break a limb or crush a skull like a bat going through a watermelon. For added dynamism, and increased effectiveness, the ball was sometimes spiked with an antler, bone, knapped stone, or even iron.

Cold Steel president, Lynn C. Thompson, is an admirer of the ball headed club (especially after watching “Last of the Mohicans” about a dozen times) and when he saw an example made by custom blade smith Rich McDonald, he jumped at the chance to work with Rich to reproduce it.