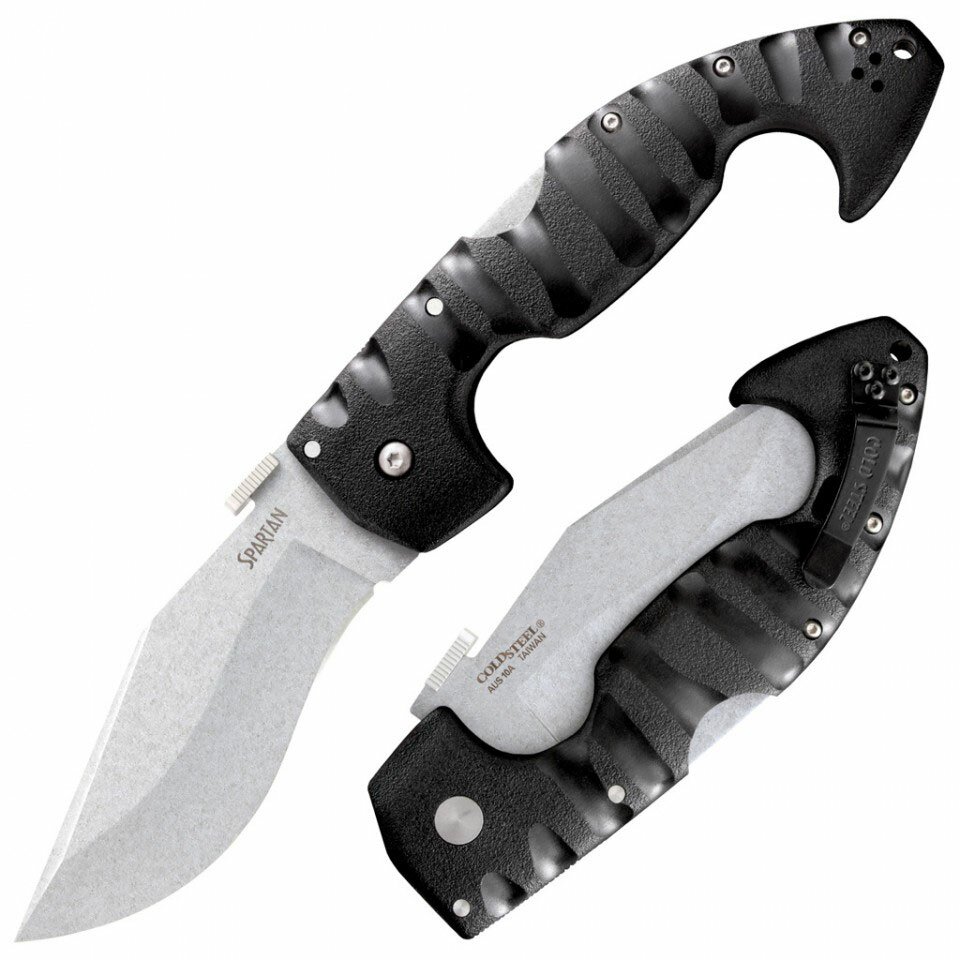 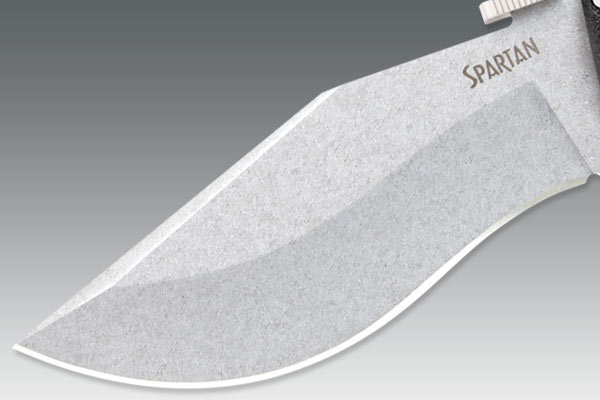 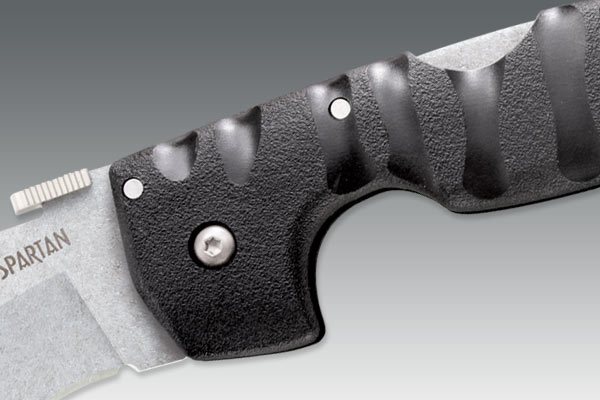 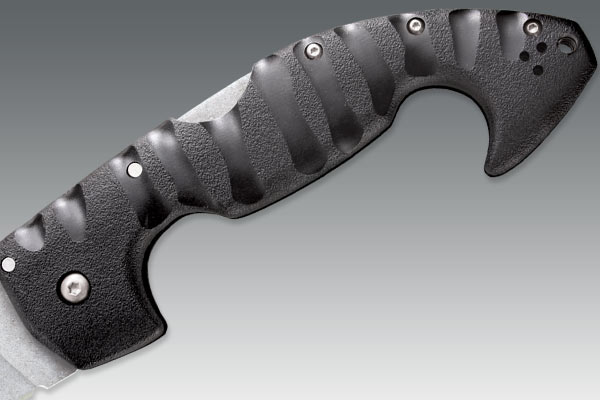 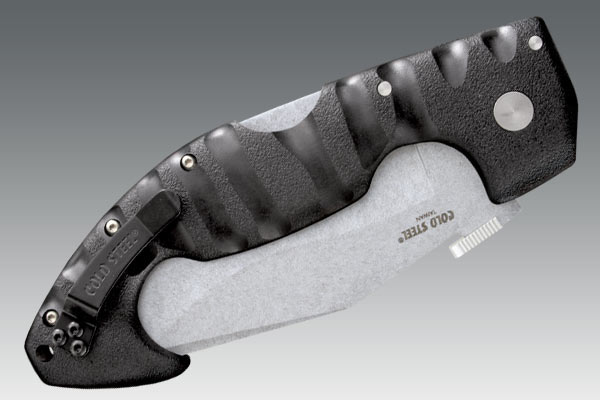 The word Spartan conjures up the vivid history of the battle of Thermopylae, a story of enormous courage in the face of devastating odds. The Spartans were a tough breed, trained from childhood in the art of war and inured to most privations, both mental and physical. Engaging them at close quarters was something to be feared and avoided, as their famous Kopis swords struck off arms and legs like a scythe in a wheat field! Designed by Andrew Demko, the Cold Steel Spartan™ is a folding Kopis scaled down to accommodate the demands of a tamer, more sophisticated world. The 4" blade evokes the classic Kopis of the ancients with its characteristic recurved edge, big belly and sharp, acute point. Blade made of AUS 10A steel and has some similarities with a Kukri. Like the Kukri, the Spartan™ always presents its edge at an angle to the material being cut to produce a deep sheering effect. However, since its point is narrower and more acute than most Kukri blades, it stabs almost as well as it cuts. The Spartan™ also echoes the ancient Kopis in its handle. It's designed to help the hand resist the pull of centrifugal force and to retard forward momentum, when stabbing, or backward movement, when hammering or smashing with its pommel. Injection molded out of Griv-Ex with steel liners for strength, it's heavily contoured for comfort and features irregular fluting and a heavily textured surface finish for an exceptionally effective grip.

The Spartan™ has dual pocket clips to assure ambidextrous carry and for quick draw opening, it features a thumb plate that can be used to open the knife like a conventional "one handed opener" or be snagged on the edge of a pocket during the draw stroke and opened automatically. Additionally, the Spartan™ incorporates our Tri-Ad™ locking mechanism, which has proven, under torture testing to be almost impervious to stress, strain and shock. It's almost impossible to overcome and offers a huge margin of safety not found in our competitor's folders.