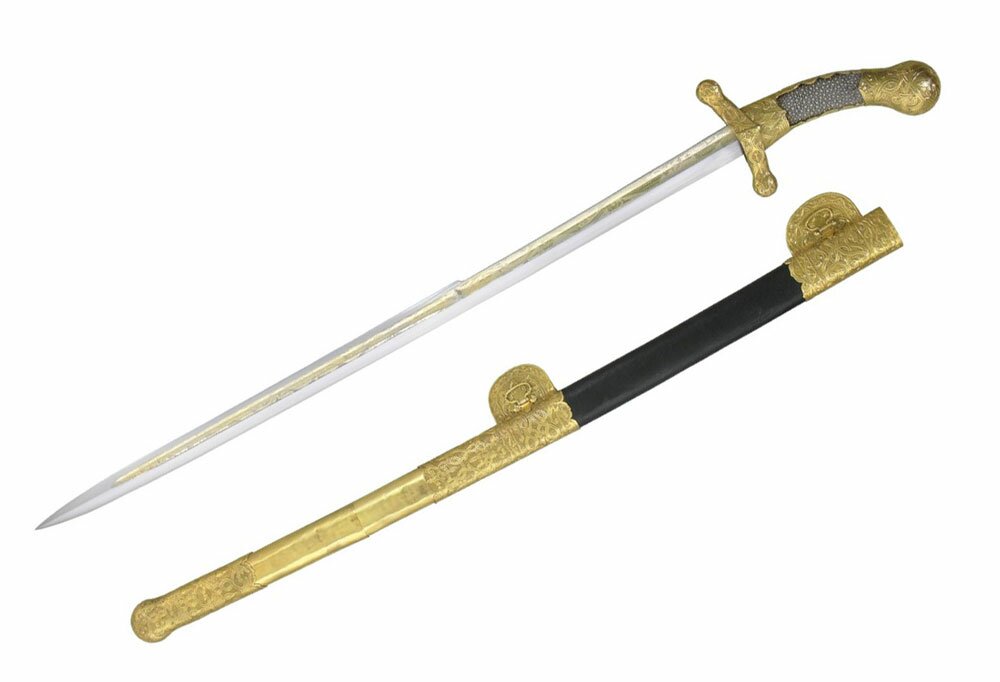 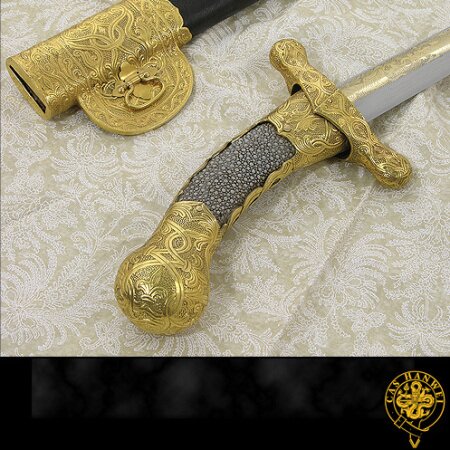 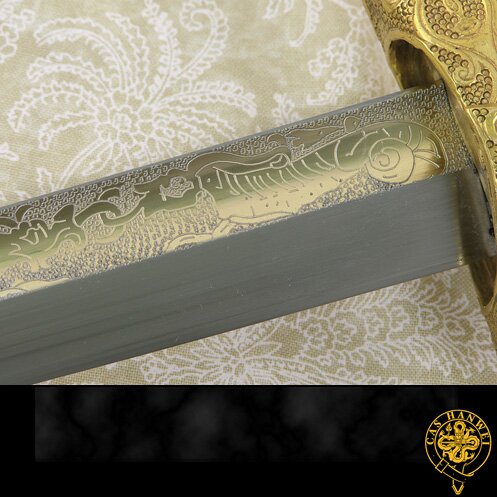 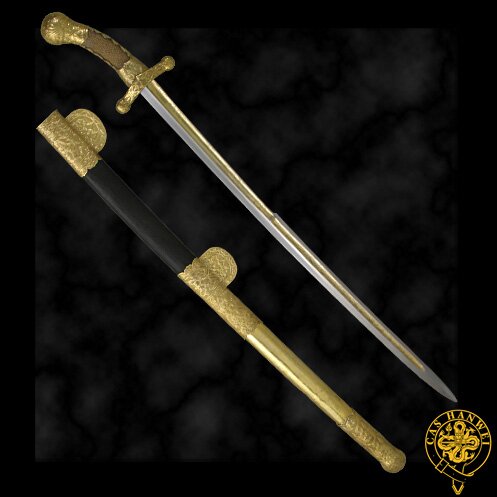 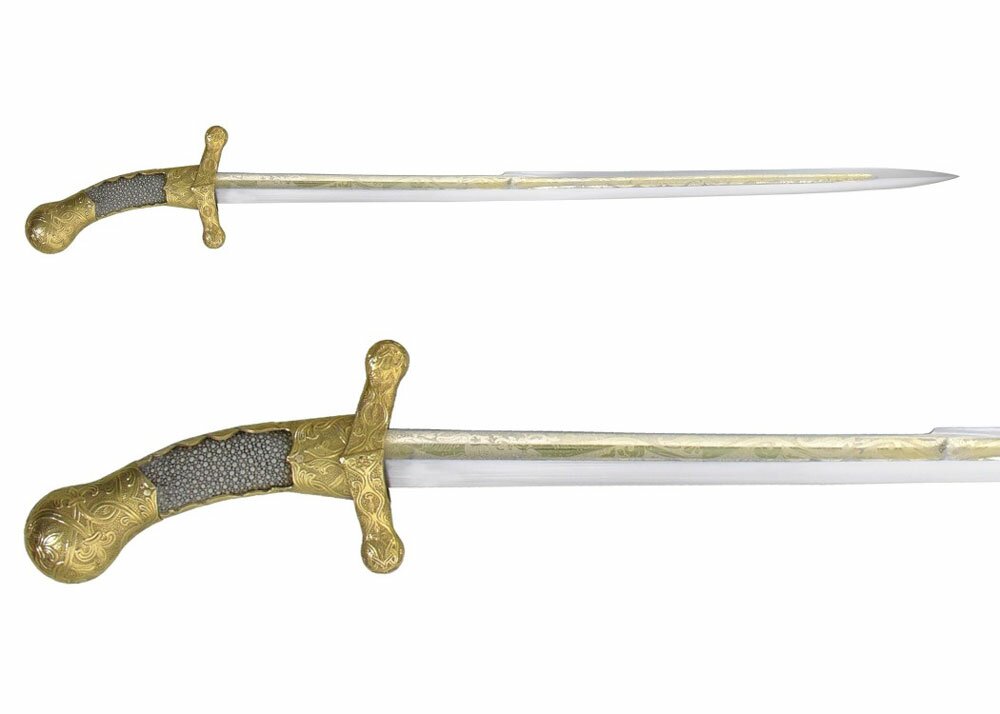 The "Saber of Charlemagne the Great" is a vital part of European history, being an important artifact in the Insignia of the Holy Roman Empire, of which Charlemagne was the first Emperor. The saber is housed today, together with the rest of the imperial insignia, in the Kunsthistoriches Museum in Vienna. The sword is of Eastern European origin, dating from the first half of the 10th century. How it became a part of the insignia is not known but its lavish decoration indicates that it was made for an important member of the nobility. It is clearly a cavalry saber, indicative of its origins in the Eurasian Steppes. CAS Hanwei's version of the saber is faithful in detail to the weapon as it was conceived, even to the point of omitting the decorative 15th century repairs that render the original unusable. The high carbon blade features a broad gold-finished fuller, with intricate engraving to match that of the original. The authentic hilt construction features a rayskin-wrapped grip with a gilded brass guard and fittings, including a globate pommel that balances the sword beautifully. The wood core scabbard is covered in leather and gilded brass fittings to match the hilt.