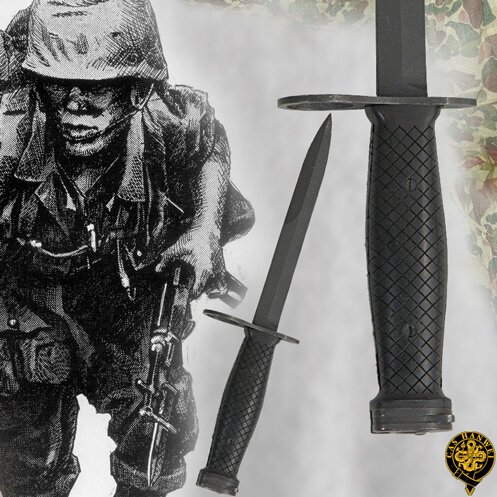 Introduced in 1964, The M7 Bayonet was standard issue for the M16 family of rifles during the Vietnam War. Its 6-3/4" blade, combined with its checkered non-slip grip and overall black finish, allowed the bayonet to double as an effective fighting knife. The M7 was manufactured in both the U.S. and several Asian countries.