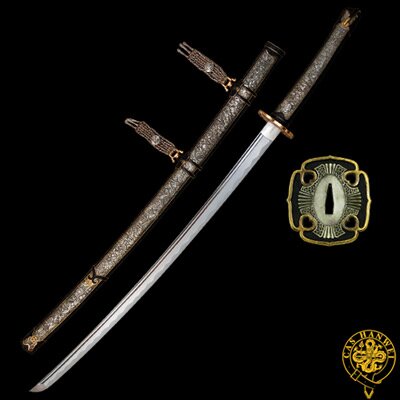 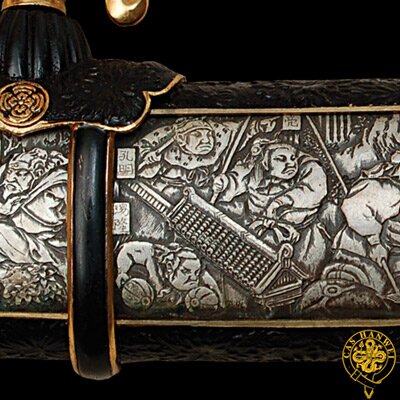 This masterful production by Hanwei combines the elements of one of the four most popular Chinese classic novels, written in the 14th Century, with an elegantly crafted and superbly decorated Tachi. Shui Hu Chuan (Water Margin Chronicles), translated in 1933 by Nobel Laureate Pearl S. Buck as "All Men are Brothers" is a truly epic tale of a band of outlaws who, in Robin Hood fashion, attempt to overthrow a corrupt government in the name of the Emperor. Our Tachi tells the story in a series of exquisitely detailed bas-relief panels on the sides of the Tsuka and Saya, held in place by retainers that are themselves lavishly decorated in a Chrysanthemum motif. The blade of the Tachi is no less outstanding, forged and folded from Swedish Powder Steel, with a hamon displaying elements of both notare and gunome, it is in itself a work of art.