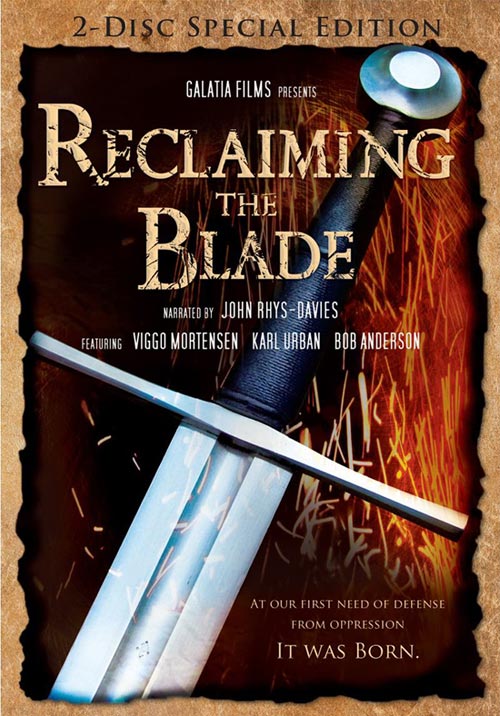 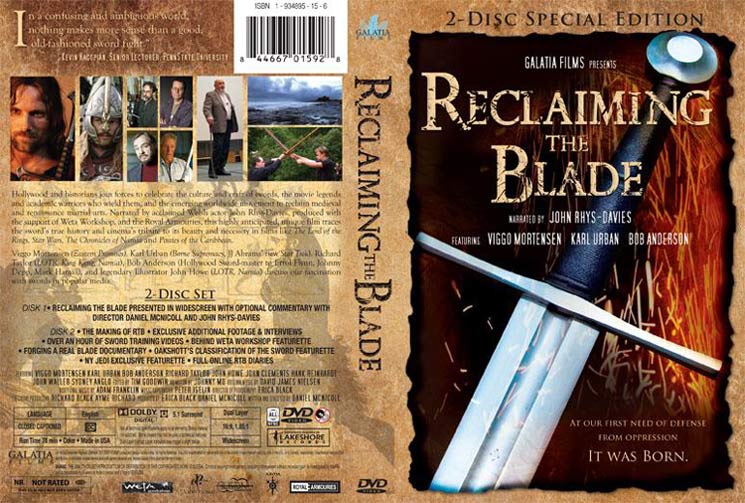 Reclaiming the Blade celebrates the culture and craft of swords and the Hollywood legends and academic warriors who wield them. The film explores the Medieval and Renaissance blade; a profound and beautiful object handcrafted by master artisans of old. Today, much of the history of the sword remains cloaked under a shadow of legend. Reclaiming the Blade highlights today’s cinematic tribute to the beauty and necessity of the sword through films such as Lord of the Rings, Star Wars, Chronicles of Narnia and The Pirates of the Caribbean.

Narrated by acclaimed Welsh actor John Rhys-Davies and produced with the support of Peter Jackson, Weta Workshop, Skywalker Sound and the Royal Armouries, this unique film brings to life our fascination with swords in popular media and the emergence of a worldwide movement to reclaim the ancient art of medieval and renaissance martial arts. Highly anticipated, Reclaiming the Blade traces the sword’s true history throughout the ages and features the following talent:

The cutting-edge soundtrack to the film illuminates the story with an original orchestral score by composer David James Nielsen and pop/rock hits from the Doves, Yo La Tengo, The Dandy Warhols, and Juliana Hatfield, among others.

The Deluxe 2 Disc Set* contains over 4 hours of special features, including:

DVD Cold Steel Fighting With The Saber And Cutlass - VDFSC