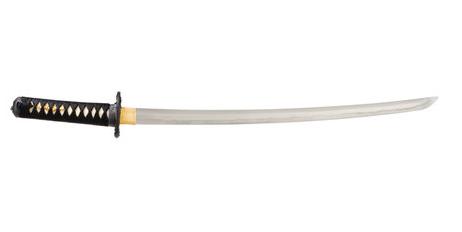 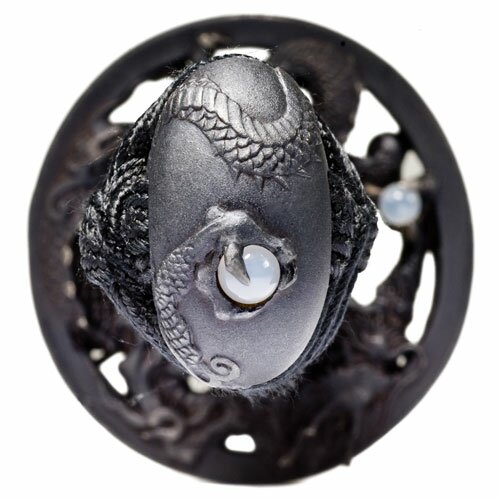 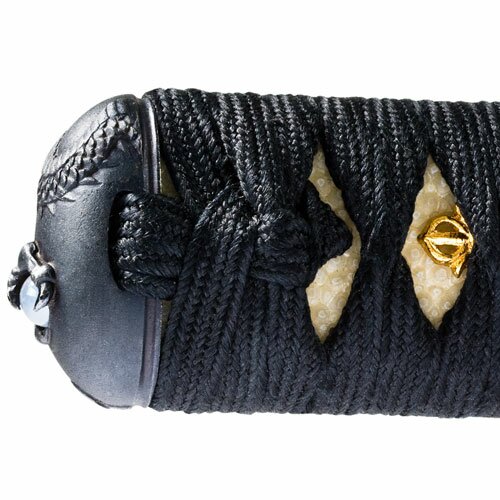 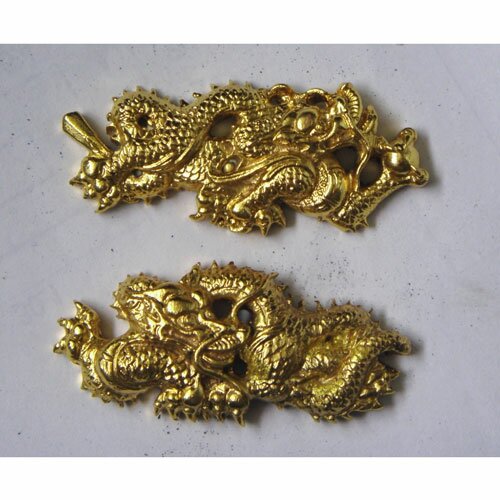 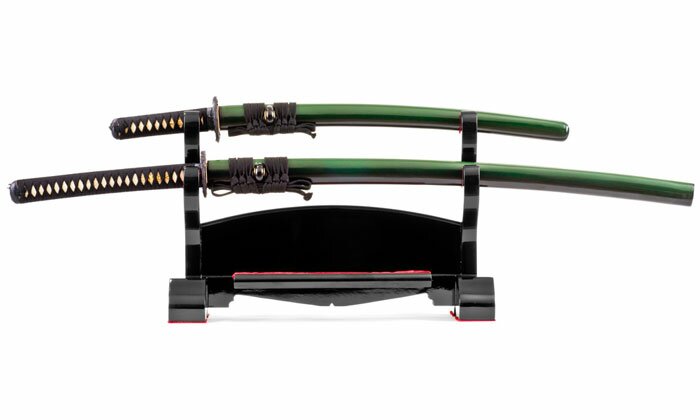 Through Japanese history, dragons have been an integral part of the life and lore of Japan. This series has been designed to commemorate some of the most well know dragons found in Japanese myth and legend. Paul Chen’s Forge and designers have brought to life in this sword series not only a unique idea, but unique swords never before attempted in this genre.
Fuku – Riu - Japanese Dragon of Good Luck Little is known of the Fuku-Riu. It is said, however, that if seen good fortune and luck will soon follow the beholder. The dragon is often depicted ascending heaven-ward, a sign of success in some circles. We have depicted this ascension in the Tsuba of the Fuku-Riu. The pearl being held by the dragon is also a sign of good luck and wealth. The design of this tsuba is a first for master sword maker Paul Chen and unique to this collection. The saya design is also unique to the series as it is a black-green blend…green being a color associated in Japanese history with luck. The Fuku-Riu dragon is rare in the literature of Japanese history but still a very important and integral part of the Tatsu Collection and a fitting first for this series.
The blades of each of the Fuku-Riu swords are hand-forged from K120C powder steel. The blade style for the katana is of the style of Unokubi-Zukuri, ½ blood grove with a re-enforced Kissaki. The wakizashi does not have a bo-hi. The saya is a blend of green and black polished lacquer, unique to this line and a first for the forge. High quality ray skin (same) is used on the tsuka of the katana and wakizashi. The tsuba of the katana daisho are crafted in traditional blackened iron with a detailed depiction of the Fuku-Riu dragon holding a smoky agate “pearl”. The fuchi and kashira are also of blackened iron. The kashira depicts a dragon claw also holding an agate “pearl”, the pearl being set so that it is free to rotate within the claw, yet another first for the forge.