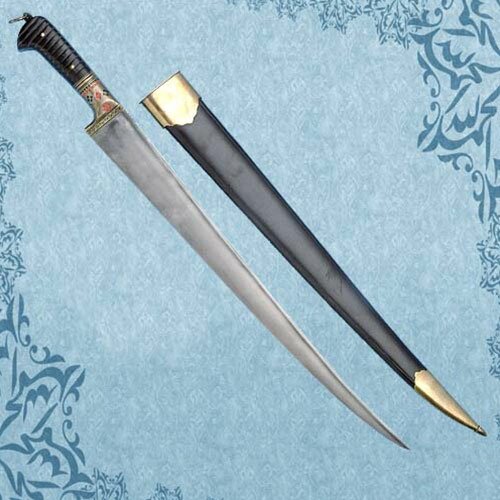 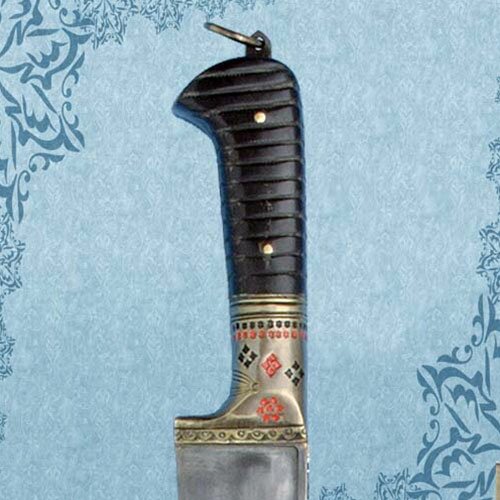 This type of Charay knife (also known as a Charas, Churea and a Salawaryatagan), was first used in Indo-Persia, but quickly spread across the near east, deriving its common name, “Khyber” Knife, from its famed use against the British by the native tribes of the Khyber Pass area. It is still used in Afghanistan, Pakistan and Northern India today. The scabbard is worn thrust, unsecured, in a number of positions under a belt, with blades ranging from 14" to 30". Our offering has an aged finish on the entire knife and scabbard, including the worked and painted brass and buffalo horn grip on a full tang profile with the customary ring at the end of the grip that is often used for a wrist tie-down. The “T” shaped blade has a raised spine along the length of the blade, which allows the blade to be thin to hold a very sharp edge yet remain extremely strong. Made by Windlass Steelcrafts®. Can be sharpened for an additional fee.