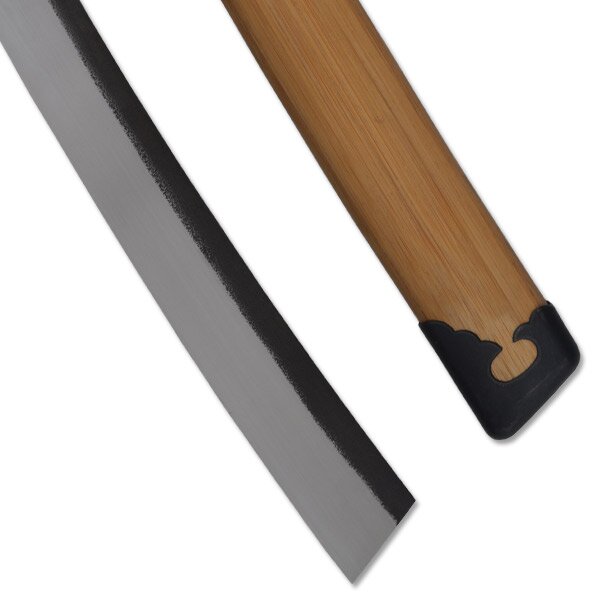 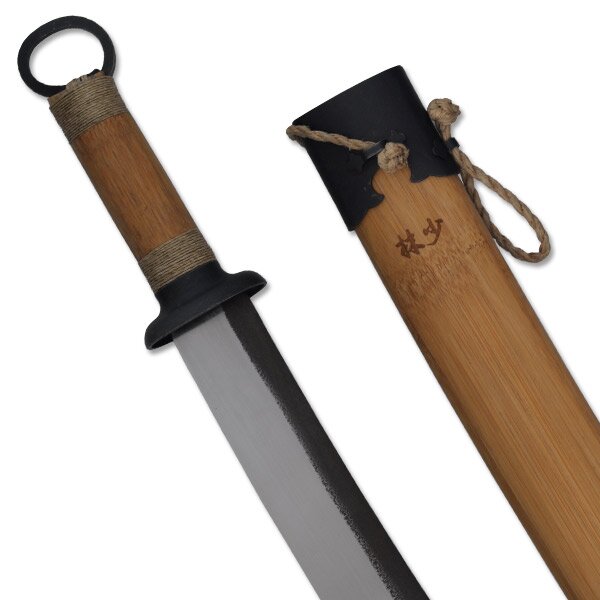 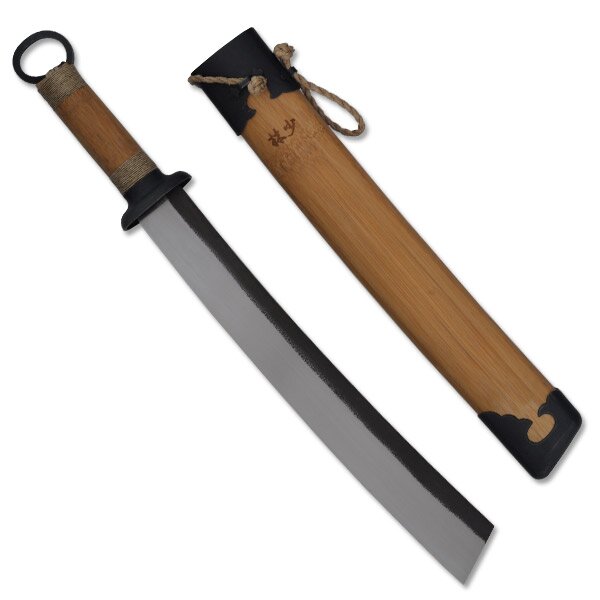 The Jie Dao, which may vary greatly in size, is traditionally used by Shaolin monks not as a weapon (which is forbidden) but for domestic purposes, including shaving. When traveling on foot, the Jie Dao may be used to clear a path in the forest or to gather firewood. The “Jie” in Jie Dao means “abstain”, and Jie Dao translates as “the sword of abstention from killing”. This explains the deliberate lack of a sharp point and ascribes spiritual as well as functional value. The best known legend involving the Jie Dao tells of Huike, the successor to Bhodidharma, who cut off his left arm with a Jie Dao in order to demonstrate his sincerity to Dharma.

The Shaolin Jie Dao is presented in two elegantly simple versions, the smaller piece (SH2441) exemplifying the implement used by the monks in their daily routine while the larger version (SH2440) is typical of a traveling aid. Both have forged blades in high-carbon steel that are blunt-ended, emphasizing their non-threatening nature, complemented by bamboo handles and scabbards with traditional steel fittings.