From 9th to 17th July, shipments will not be made due to holidays. Orders placed at this time will be processed after July 17th.
Category: » Other » Armour 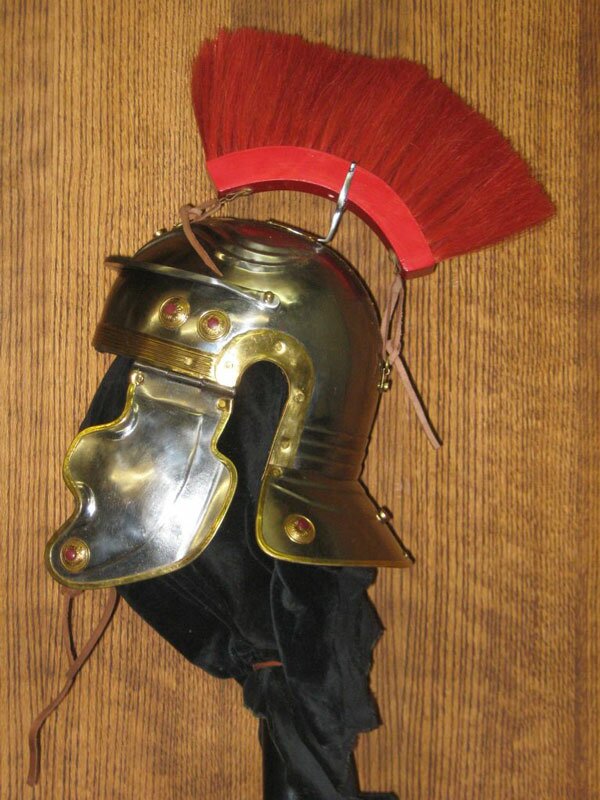 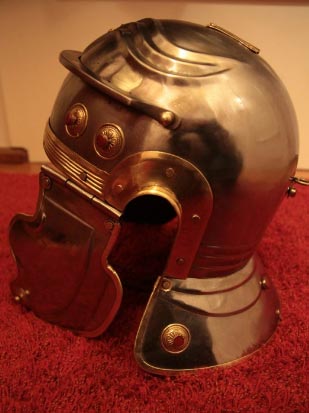 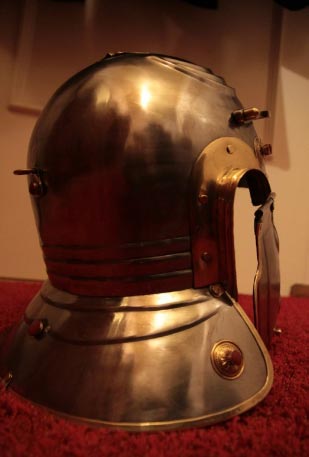 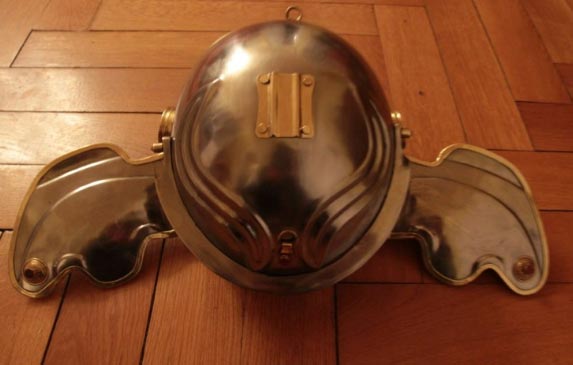 Roman Gaelic Helmet made in cooperation with the Roman Museum Augsburg. The find dates most probably to 15/16 CE, so is a rather early type of the Weisenau-series, other than originally thoughjt by H.R.Robinson, who dated te helmet by style to the later second half of the first century. . This Roman Helmet is a replica made of 18 gauge steel. This wearable helmet is excellent for battle reenactment or as part of halloween costume. Red hair.