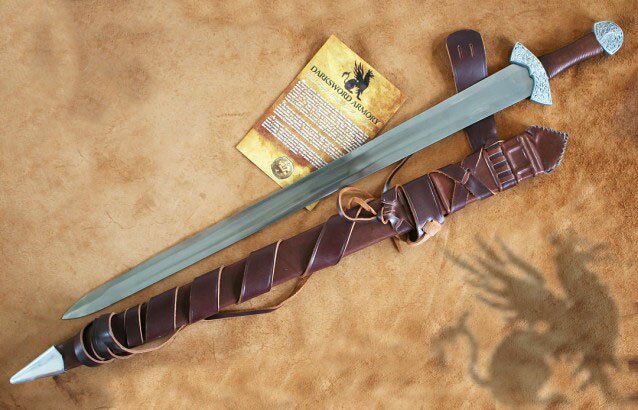 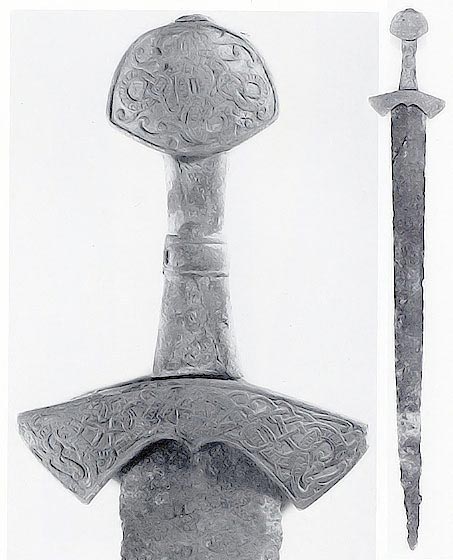 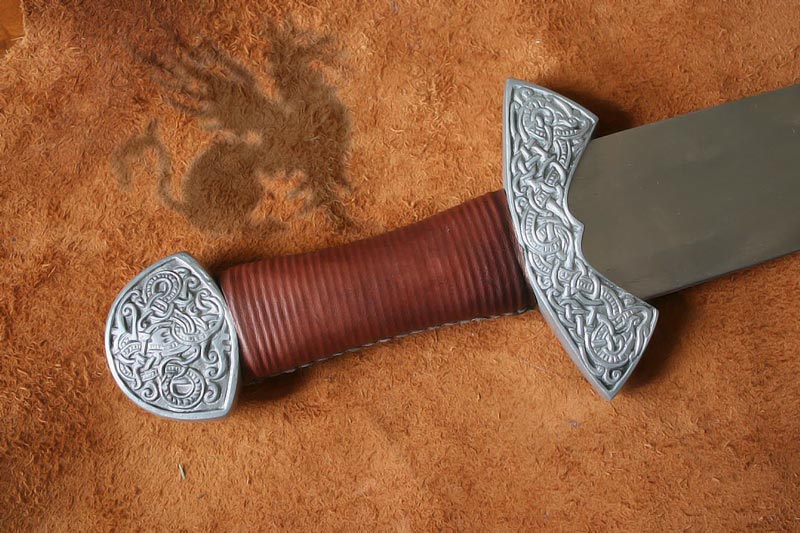 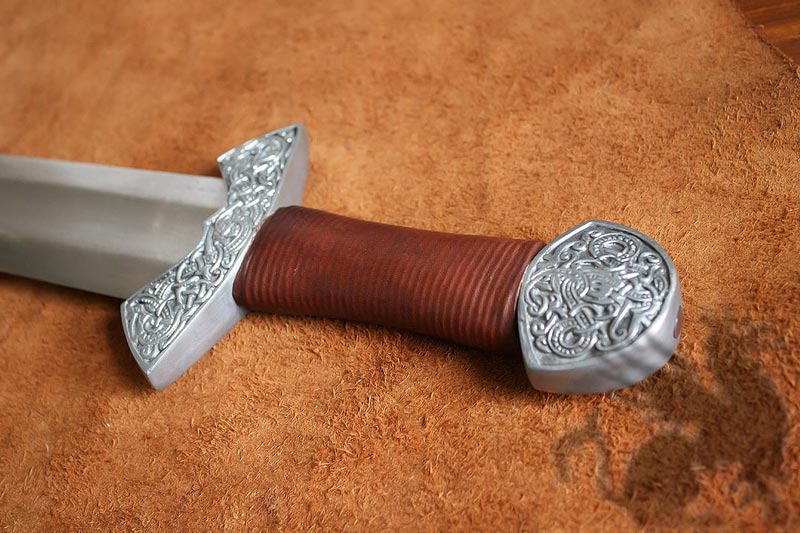 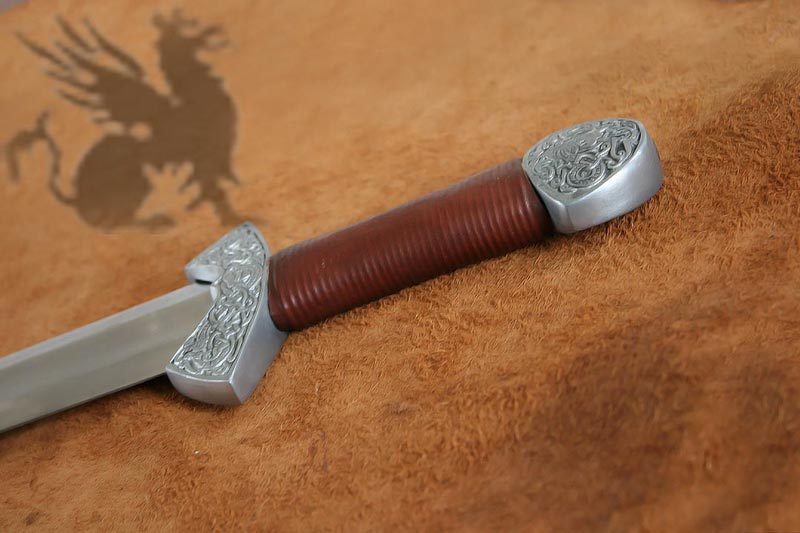 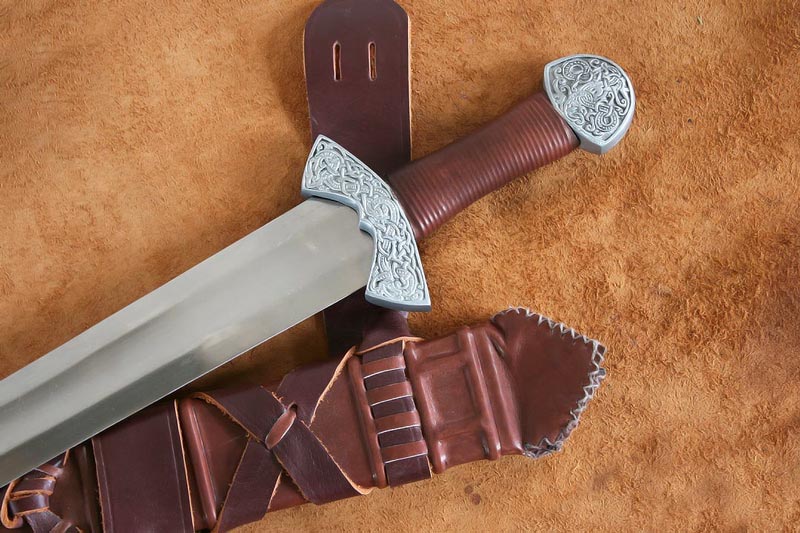 Viking swords, like the Vikings themselves, have reputations for being brutal and utilitarian devices, simplistic hacking weapons with little in the way of grace or beauty. This view has been perpetuated pop culture. For those who study Viking history and culture, though, they know that is simply not the case. Many Viking weapons that have remained for us to examine were not only functional but beautifully decorated. One such example is this sword, based on a find in Finland that dates back to the 11th Century.

This 11TH c. Viking sword has a type AE pommel and guard according to Petersen's viking sword typology. This very unique style is accented by the knotwork commonly seen in Viking art from the same period. Visible in the scrolling design on the hilt are two dragons, which resemble the dragon-prowed ships the vikings would sail off on raids. The pommel also shows the image of the dragon in the intertwining loops.The long blade has a deep, wide fuller common among swords of this type, and which is an attractive offset to the intricate hilt design.