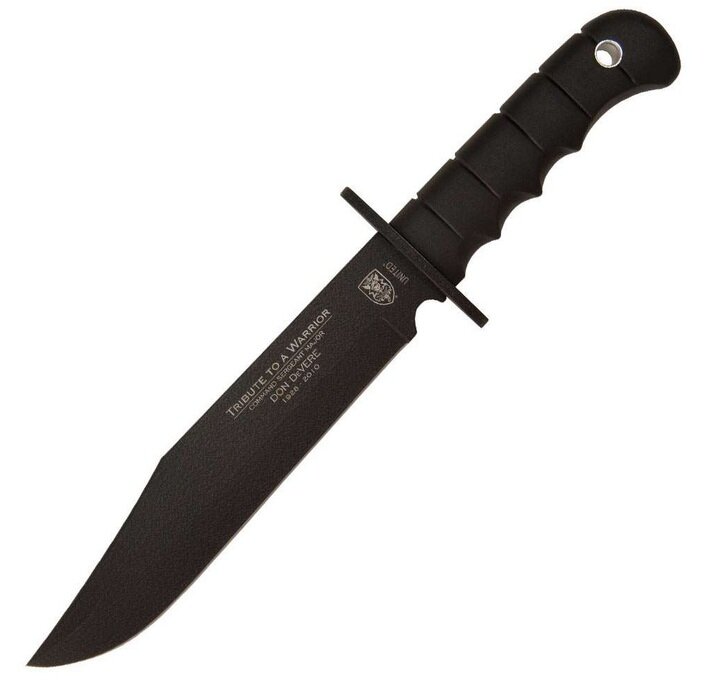 Command Sergeant Major Donald DeVere was the consummate “Quiet Professional.” In 1966 and 1967 he served in the legendary MACVSOG, the forerunner of current day Special Operations. DeVere, as the Recon Team Leader of RT Oregon, trained his team to perfection, and then led his team into numerous target areas in Laos where they conducted a myriad of reconnaissance operations. DeVere, and Special Forces soldiers like him, are the legends of many harrowing tales conducted by Special Operations personnel assigned to MACVSOG’s ground operations.
This Officially Licensed military collectible assault knife features a massive 8 1/2” coated AUS-6 stainless steel blade that has been sharpened to a razor’s edge. The shear size of this knife allows it to not only perform well as a knife, but also chops through jungles with the toughest of machetes. Includes a durable nylon sheath for convenient carrying options.