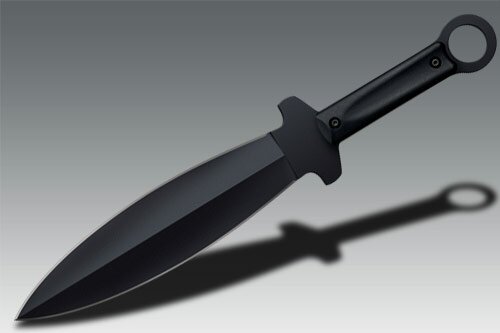 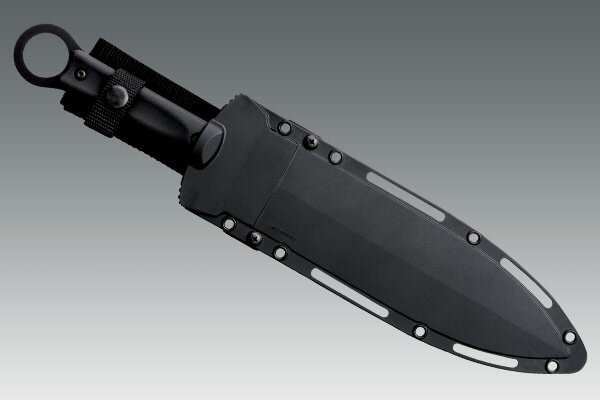 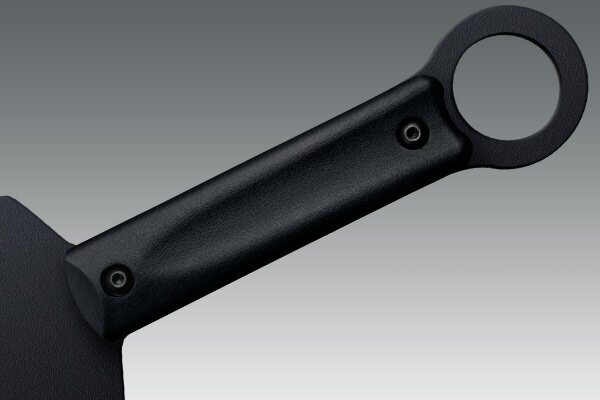 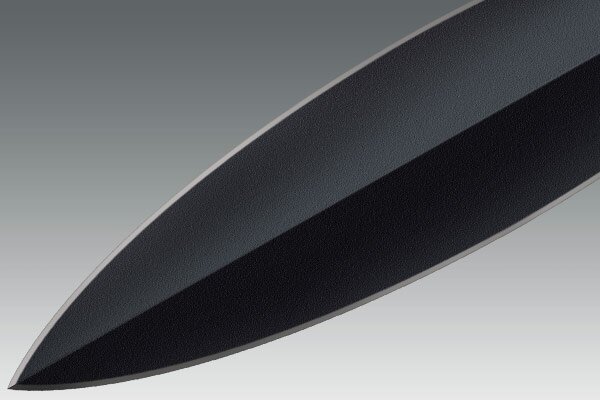 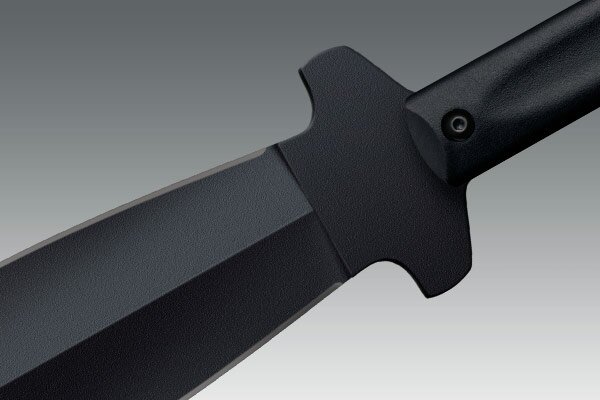 Cold Steel President Lynn C Thompson has been fascinated with Chinese Double Edged Daggers for many years. Our Shanghai Shadow remains one of his favorite double edged knives and he trains with it often, both as a stand-alone weapon and as a companion to a hatchet or sword breaker. Sparring has always been a big part of Lynn's design process and he often says that many of his "what if" moments happen in the gym. It was in one such training session that Lynn had a thought - What if the Shanghai Shadow was as big as a Bowie Knife? This question led to numerous prototypes that eventually became what we began to refer to as the Shanghai Warrior. At 16" long, the Shanghai Warrior is as big as many Bowie Knives, but with the advantage of a super wide, double edged cutting blade. Its solid full tang blade is continuously curved top and bottom for maximum cutting and slashing potential with either edge, with a reinforced central spine to add stiffness and rigidity to the point. Its sturdy steel ring allows deft manipulation between grips, making it incredibly fast and lively in the hand, and its removable high impact polypropylene scales make it remarkably comfortable to hold and use. The Shanghai Warriors massive blade is safely contained within a versatile and adaptable Secure-Ex® sheath for ease of carry in virtually any pack or gear configuration.