Welcome to our new website look. The old version of the store is still available at: military.swords24.eu
Category: » Survival » Machetes 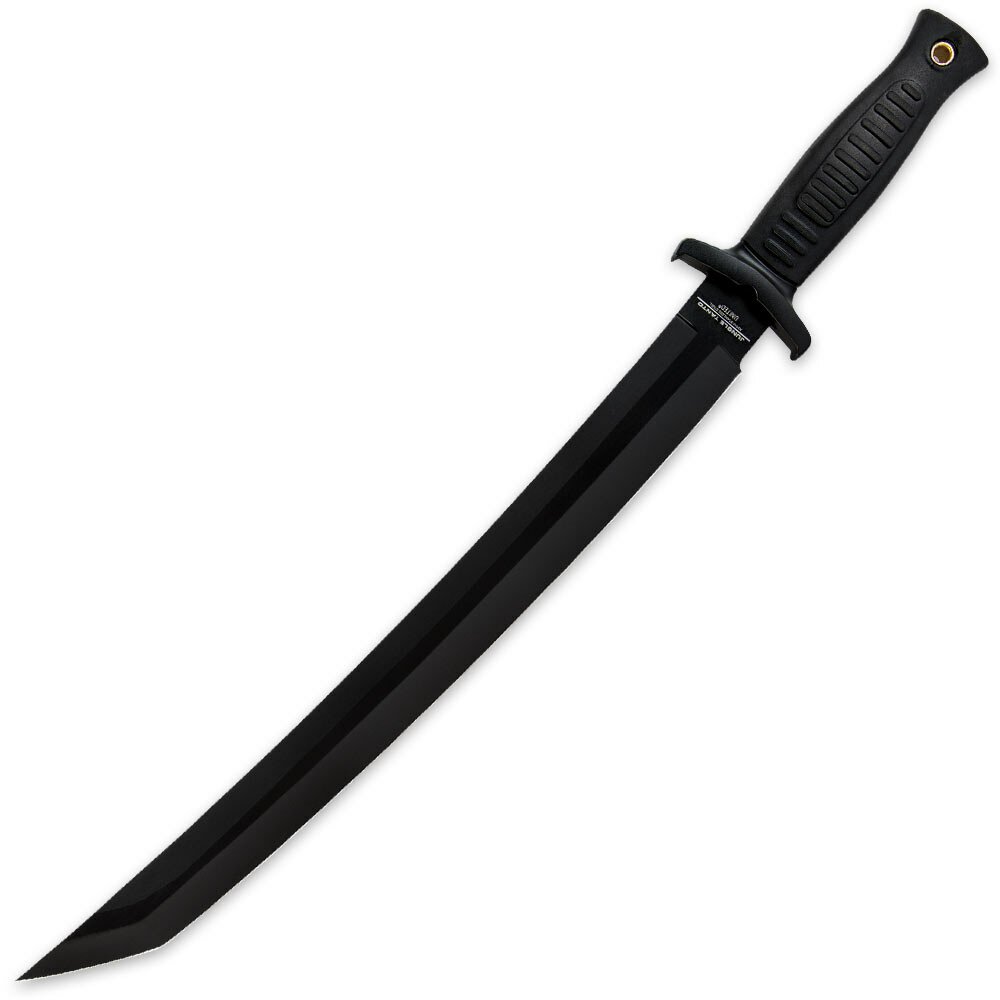 United Cutlery continues its line of Combat Commander offerings with this much-anticipated Combat Commander Jungle Tanto Machete! It's exactly like the original Combat Commander Tanto Knife, but on a larger, more imposing scale. This 16-1/2" machete-sized blade features the same razor-sharp blade and piercing point as its cousins with an all-black appearance for a sleek, tactical look and feel. The injection-molded handle provides a secure, slip-free grip for supreme control. This toothpick-style tanto machete offers all the same applications as your everyday tanto knife, but on a bigger and badder scale! Includes nylon sheath.