Welcome to our new website look. The old version of the store is still available at: military.swords24.eu
Category: » Swords, daggers, axes » Other 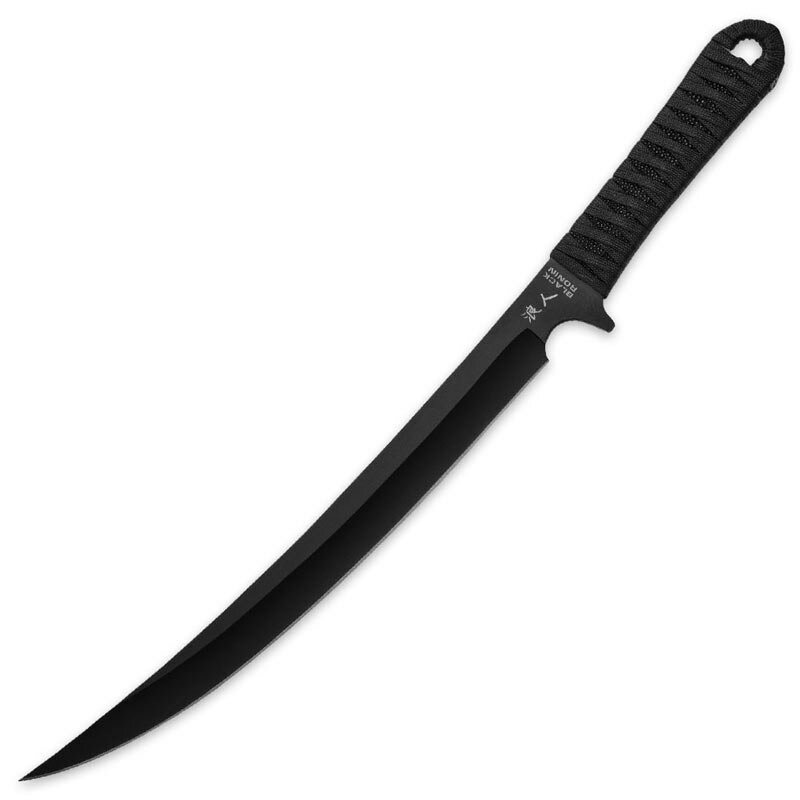 The Black Ronin Combat Tanto Knife And Sheath presented by United Cutlery has a sleek and modern, tactical look and feel. The rogue Samurai warriors of the same name would have definitely picked up this tanto knife to add to their battle gear. It has a 12 3/4" black coated razor-sharp stainless steel blade. The handle is black, nylon cord-wrapped over genuine rayskin. A tough injection molded sheath with a nylon belt loop is included. It is 18" overall.

Dagger Cold Steel Hand And A Half Dagger - 88HNHD