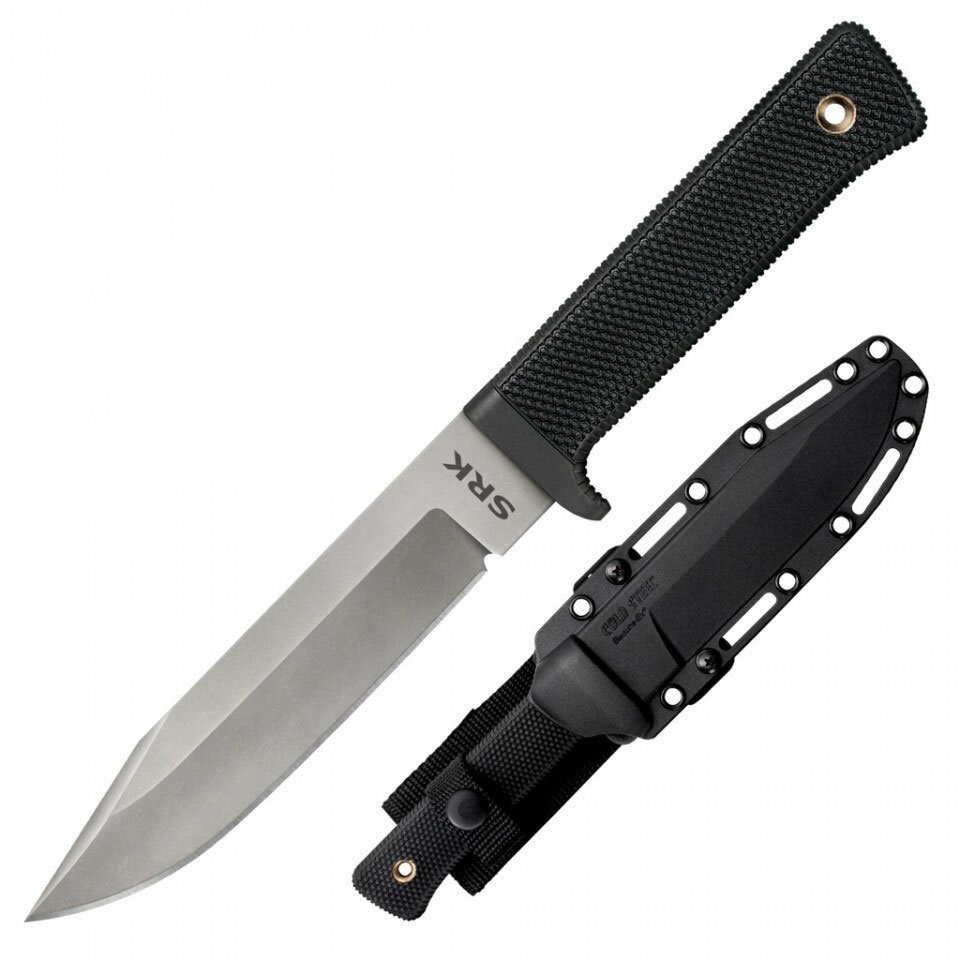 Survival & Rescue operations demand a versatile knife able to withstand the most extreme conditions. Simply put, the Cold Steel SRK (Survival Rescue Knife) was designed specifically with this in mind. A popular knife with Military and Tactical Law Enforcement Personnel, the SRK is the standard issue knife of the Navy SEALS for their BUDS - or Basic Underwater Demolition training - the SRK has proved its worth time and time again in the most demanding environments. Whatever the mission, we’re confident that the SRK is the knife for you!