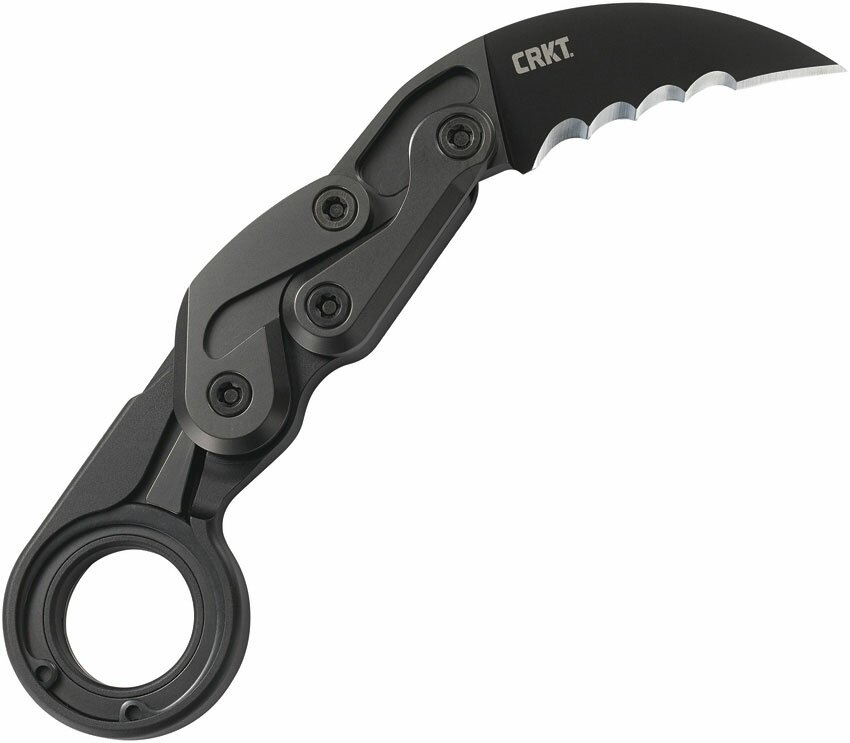 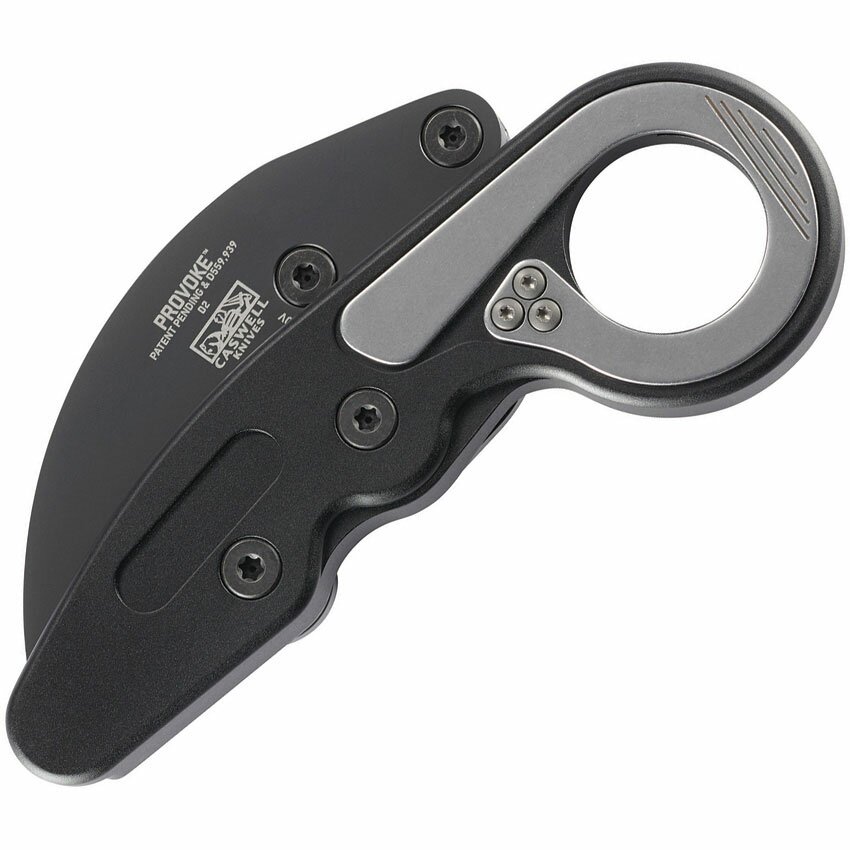 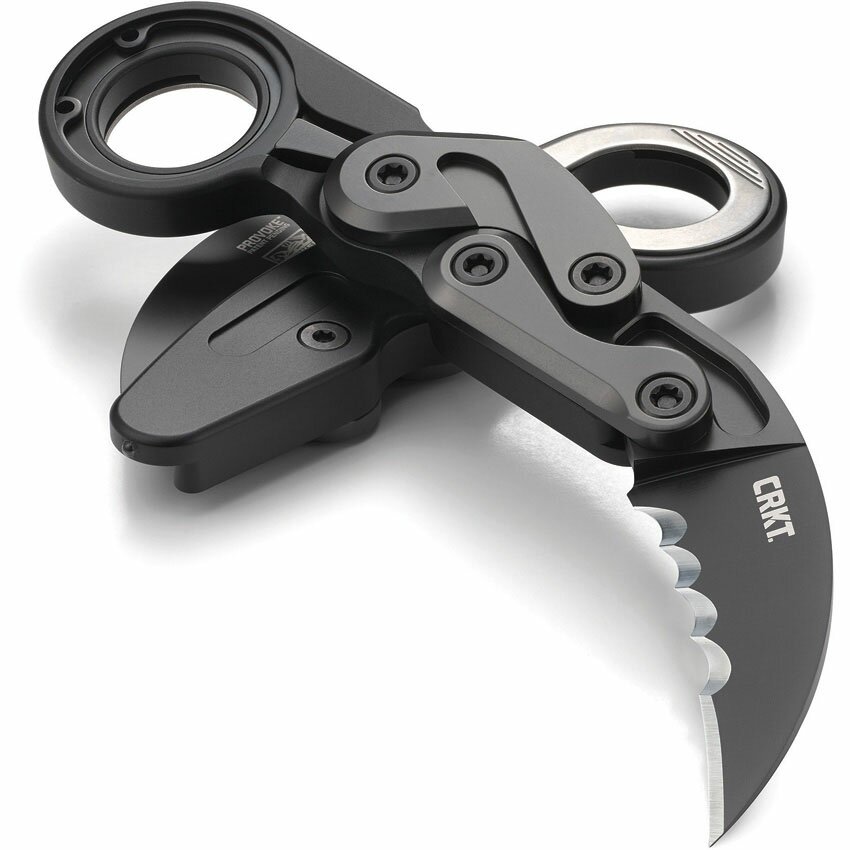 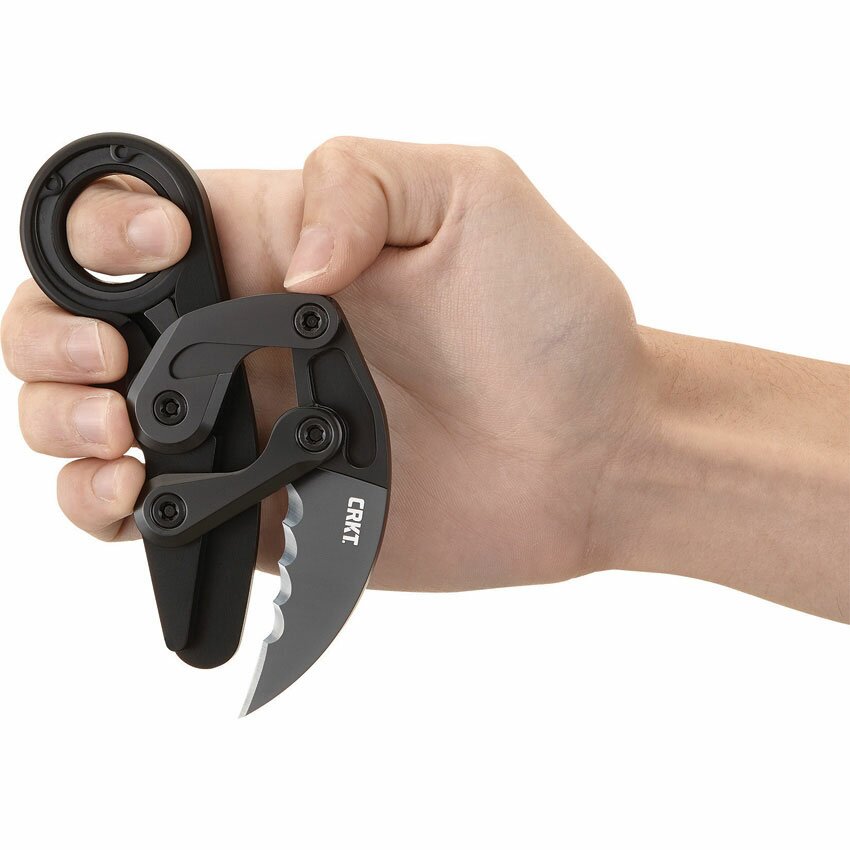 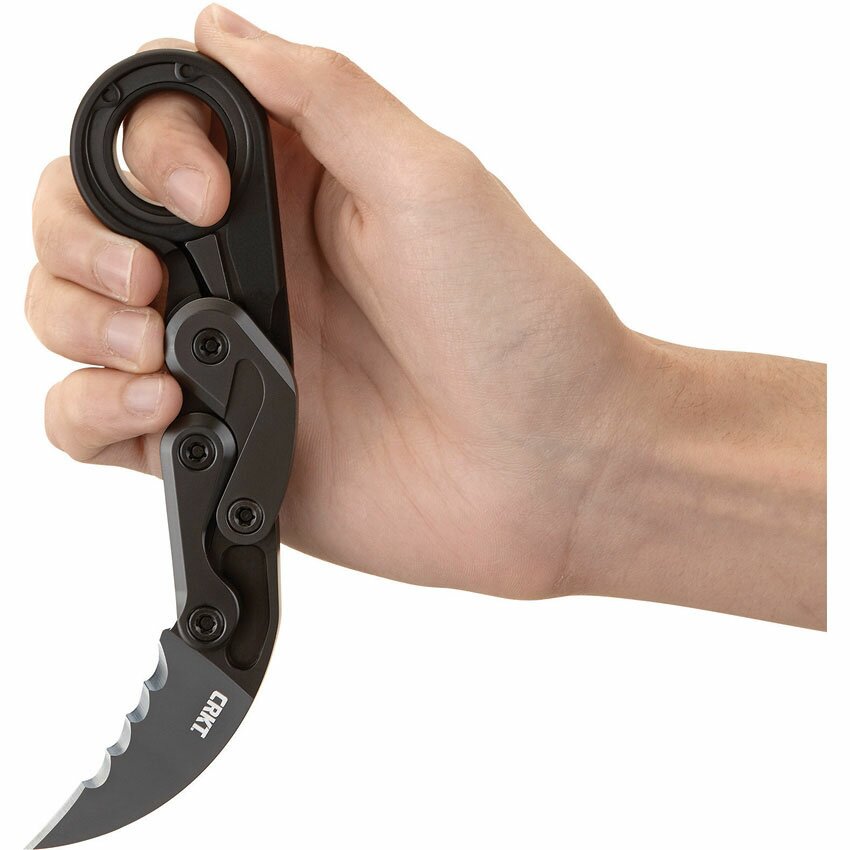 The CRKT Provoke Kinematic karambit folding knife refers to an ancient design, but it has a futuristic secret. The first knife with Kinematic technology remains hidden in transport and comes alive when problems arise.

Provoke Kinematic was designed by Joe Caswell. The knife is modeled on a traditional karambit, the hawkbill style serrated blade finished with black Titanium Nitride was forged from high quality D2 steel to ensure high durability and excellent preservation of the knife's cutting edge. With time-tested Veff Serrations to create a new iteration on the original Provoke morphing karambit knife. Rope, seatbelts, and netting never had a chance.

The futuristic knife opening mechanism is activated by the thumb's pressure on the upper crossbar, which sets the chain in motion, causing the blade to pop out automatically and ready for action. The knife handle is made of aviation 6061 grade aluminum, which guarantees the highest durability.

How does Kinematic work? Move the upper crossbar with your thumb - while the rest of your fingers hold the handle firmly - and the blade will pop out and lock. Move the discrete lever at the base of the finger hole, and return the blade to the closed position to close and lock the knife.