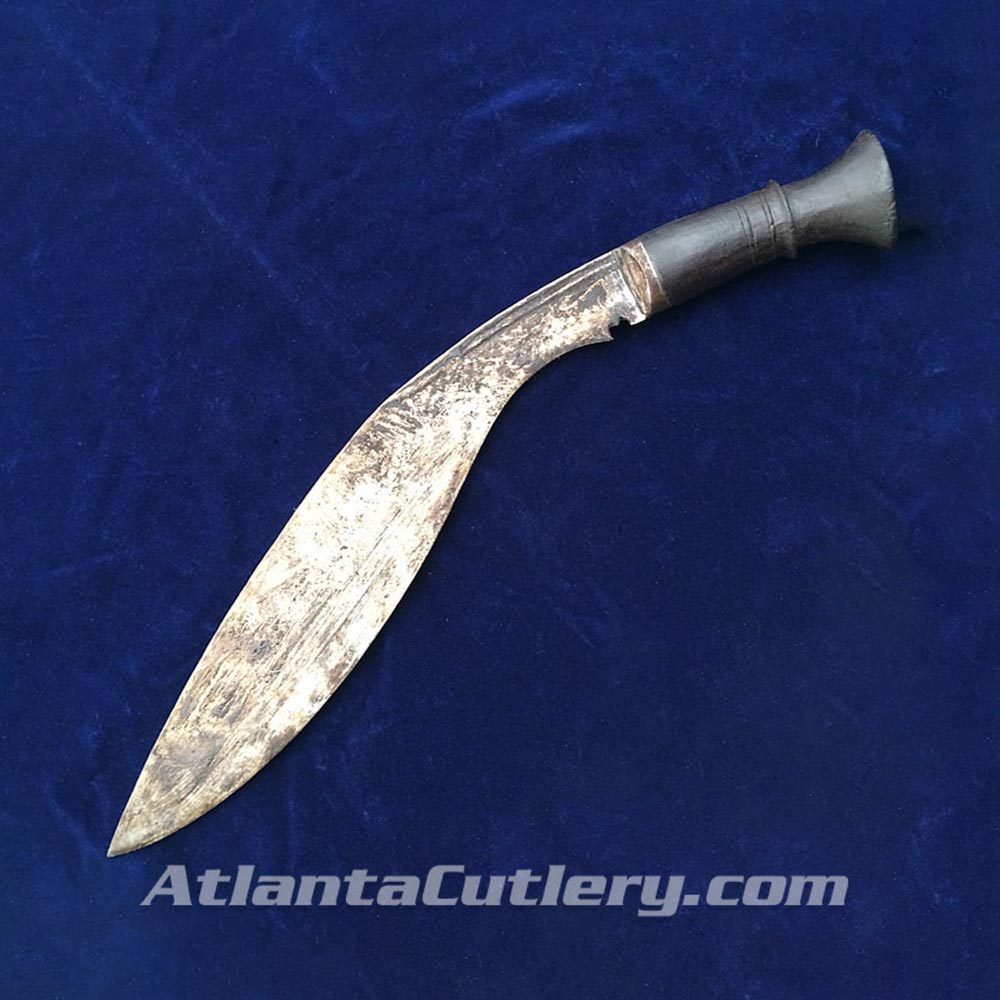 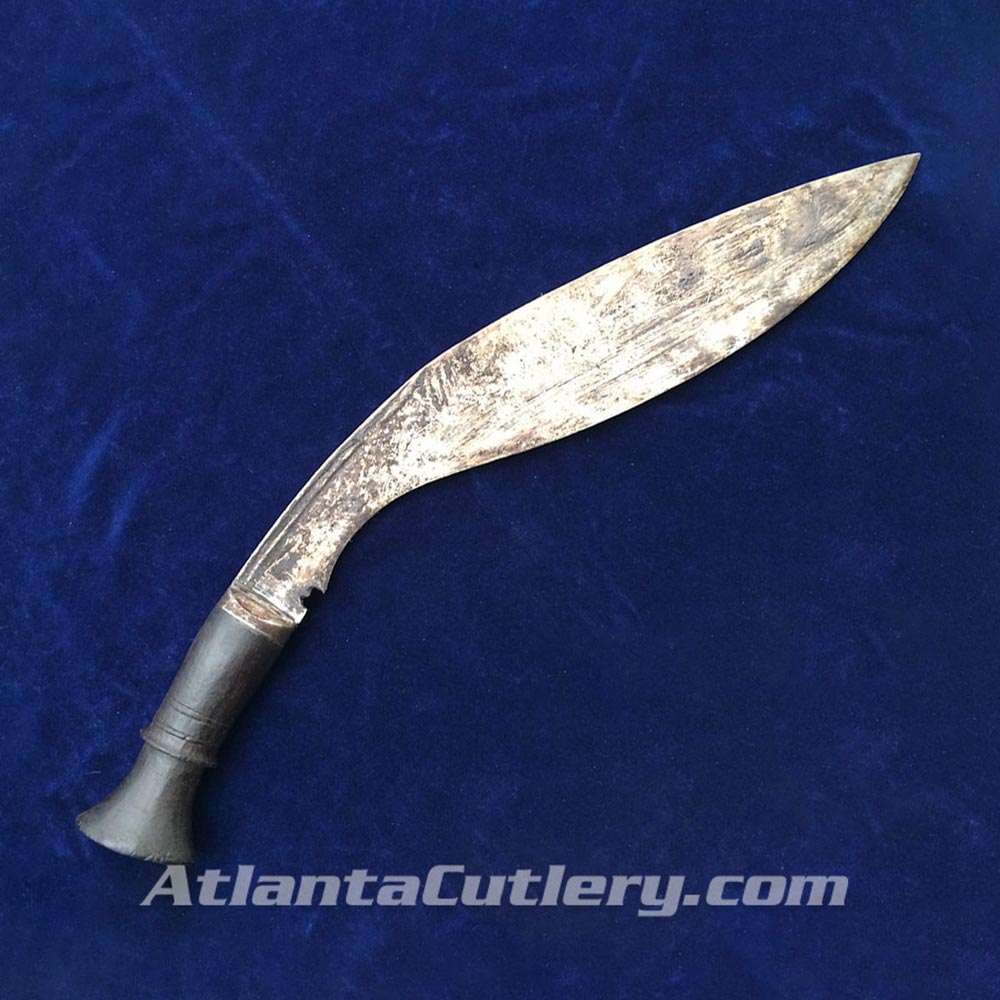 These original battle kukris were made prior to 1890. Some were made much earlier, but it’s difficult to determine the exact date. Each kukri was hand made. The steel was smelted, forged, shaped, and hammered in Nepal by individual Kamis. As spears and the Kora sword were being replaced by firearms, the kukri was the weapon of choice for hand-to-hand combat. This longleaf kukri was made for war. It has a straighter spine and longer blade than BhojPure, and in the skilled hands of the Gurkha, it became a frightening weapon indeed. These have all seen service with both the Nepali military and the British Army. All of the blades are marked in Devanagari script with the date of manufacture.