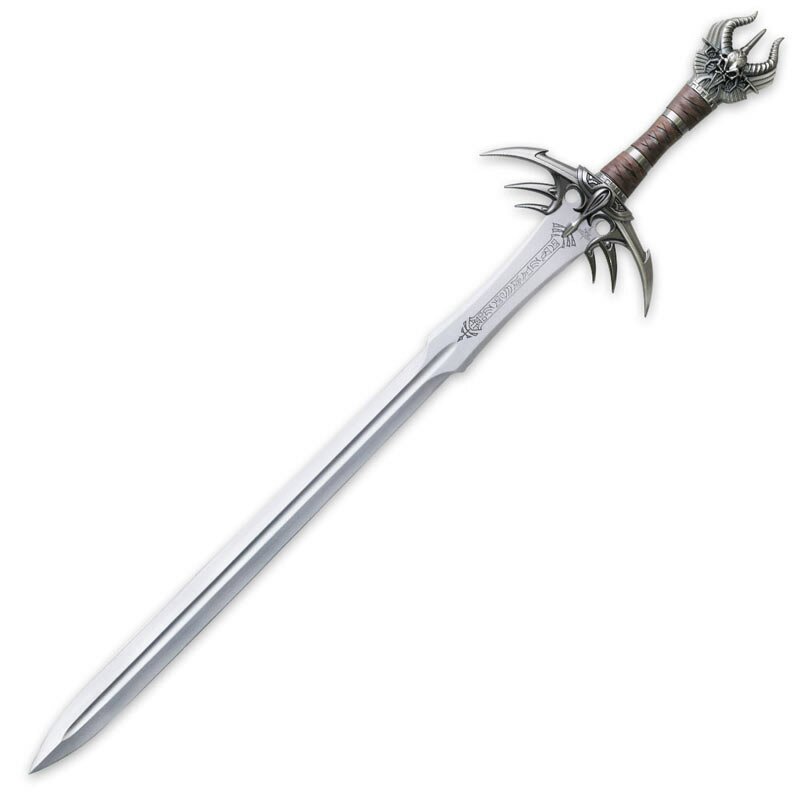 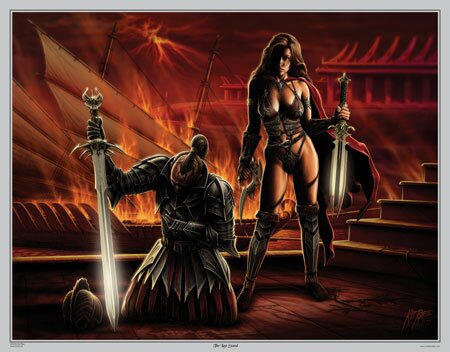 Anathar" is the tenth sword, the most powerful of those ancient blades. It holds the power of all of the other swords of the Ancients combined. Anathar's" blade is inscribed with runes in the lost language of the Anath that name it as the "Sword of Power". Its hilt is formed with a spiked triple cross guard and the pommel is fashioned after the ceremonial winged and horned headdress of the Ancient Ones. The grip is carved from three pieces of red thorcan, a reddish stone jewel said to be an important talisman of the Anath, harboring their greatest powers.

SWORDS OF THE ANCIENTS COLLECTION
In the beginning of things in ages past there were the Ancient Ones, masters of flesh, fire, and steel, who forged the elements of which the land was made. When men and beasts came into the world the Ancient Ones purposed to have dominion over them, hence they commanded that the Dark Elves create the "Swords of the Ancients." They were forged of secret alloys and each sword was bequeathed its own special power. The swords have been used throughout the ages in the eternal struggle between good and evil.